The Many Benefits of Food Grade Diatomaceous Earth

No one really likes to have bugs like cockroaches, bedbugs, fleas, and ants in the home. The problem is finding an effective yet safe way to get rid of them and to prevent them from returning. Using pesticides may not always be a good idea, especially if you have curious kids and pets who like to put things in their mouths.

But many people are reporting that food grade diatomaceous earth works very effectively, and it’s harmless when consumed. In fact, some are saying that intentionally consuming the food grade version provides a lot of health benefits!

What is Diatomaceous Earth?

Diatomaceous Earth can be Used as a Pesticide

Diatomaceous earth can be used as a pesticide that works very well against various types of household pests. It’s often offered in the form of dust. It’s a natural product as it is made from the fossilized remains of small aquatic organisms called diatoms. The skeletons of these organisms are made of a natural product called silica. Over the millennia, these diatoms accumulate in the sediments of various bodies of water such as rivers, lakes, and oceans.

The FDA labels it as “generally recognized as safe” although it may cause mild side effects when breathed. But the “food grade” versions of diatomaceous earth are purified and meant to be consumed. They may be included in animal feed or mixed in with wine and beer.

Some people, however, mix it in with water and consume it as part of their health regimen. 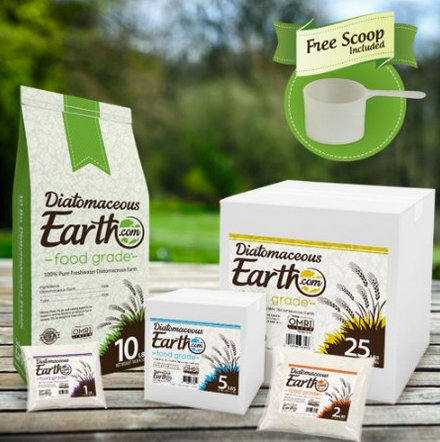 Used as a Bug Killer

Diatomaceous earth works as a bug killer not as a poison, so immediately it’s a much safer alternative to other pest killers. Insects don’t even have to eat it on order for it to work. It kills insects through contact, as the diatomaceous earth absorbs the fats and the oils from the cuticle of the exoskeleton of the insect. The insect then dries out and dies.

Under a microscope, the diatomaceous earth shows that it has sharp edges, and this feature really accelerates the process of absorbing the fats and oils through the exoskeleton. The diatomaceous earth works as long as you keep it dry so that it can absorb the stuff from the insects.

You can spread around the diatomaceous earth dust around your home to keep the pests from entering and inside the home where the insects like to congregate and travel through. When you use the food grade version, you can be sure that even if your pets and children encounter this dust and put it in their mouth, there will be no dangerous diatomaceous earth food grade side effects. You can be sure that your children and pets are safe.

In fact, because of its harmless quality you can put them on your beds to kill bedbugs. You can apply it to the furs of your pet dogs, cats, and rabbits to get rid of fleas.

Diatomaceous Earth is Very Safe for the Environment

Diatomaceous earth is very safe for the environment. After all, silica is common in nature and it makes up about 26% of the earth’s crust in terms of weight. It’s non-toxic to birds, fish, and other wildlife. In fact, diatomaceous earth is made of silicon dioxide, and in one study where chickens were fed a diet which contained less silicon dioxide than they normally consumed, it was found that their bone formation showed degenerative effects. 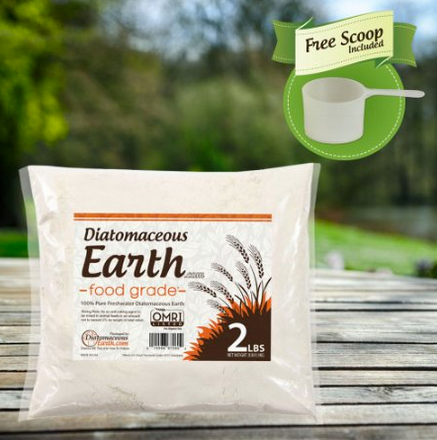 When it was found to have an effect on bone formation, some people intentionally consumed diatomaceous earth for its health benefits. This is especially true for the “food grade” versions which posed no threat to human health.

According to a rising number of customer reviews, the list of health benefits is quite long. Many found that it helped with the prevention of osteoporosis when people took calcium supplements to help with their bone health. Silica in diatomaceous earth helps the body absorb the calcium. In some cases, the silica transforms into calcium as well so that the bones in the body can remain healthy.

Many of the thousands of people who consume diatomaceous earth (by mixing it with water) also report that the practice lowers blood pressure. In addition, it also lowers “bad” cholesterol as well.

Perhaps one of the most intriguing diatomaceous earth food grade benefits is that it is also reported to help with weight loss. This is a crucial benefit at a time when almost ⅔ of the adult US population is either overweight or obese. People have said that when they take it in the morning, their appetite is curbed for the rest of the day.

Other reported benefits of diatomaceous earth include healthier skin, hair, nails, teeth, and gums. Some have also said that it helps with kidney stone prevention, hemorrhoids, and lung issues too. It may even stimulate the immune system as well.

So how do you buy the right type of diatomaceous earth? It’s not all that hard to find out where to buy food grade diatomaceous earth. Your best bet is to go online, as you may not always find the best option in your local shops.

Here are some features you need to look for:

The bag it comes in should be easy, and at the same time also easy to fold shut to maintain the purity of the diatomaceous earth. If you’re trying to stay green, it should use recycled paper as well.

So buy the food grade version of diatomaceous earth now. Not only does it help keep you, your kids, and your pets healthy by attacking pests, but it also helps improve your overall health when taken regularly with water. There’s no risk, but a lot of potential benefits to gain.